Visualization of sound frequencies produced by players of Shahrzad string quartet in real-time through visual coding.
The origin of the code is generative particle systems and it reacts with changes of frequency and touch of players.
After generating visuals they were projected on two different video mapped installations of Iranian traditional style mirror works by Pooya Aryanpour. Projected visuals were deconstructed after refraction and the result was another particle system from pov of these installations which were surrounding their space.
The music composition of this performance was written by Hooshyar Khayyam.
It was held on the closing ceremony day of the solo exhibition of Pooya Aryanpour entitled “Transient Dreams In Passing Fantasy”. 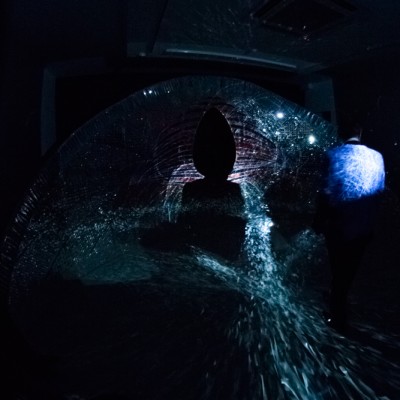 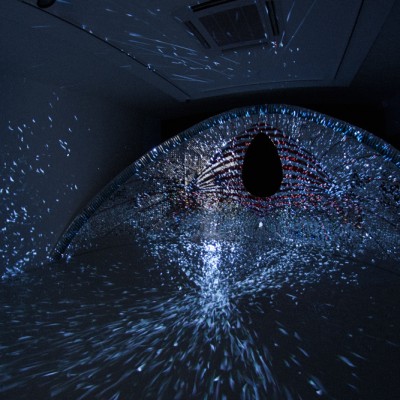 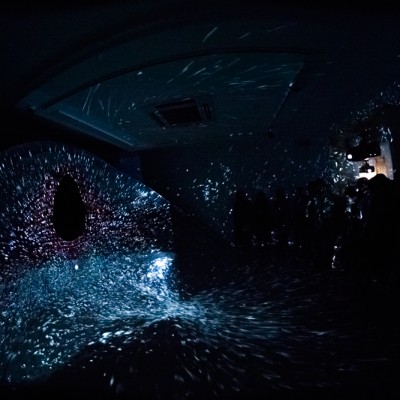 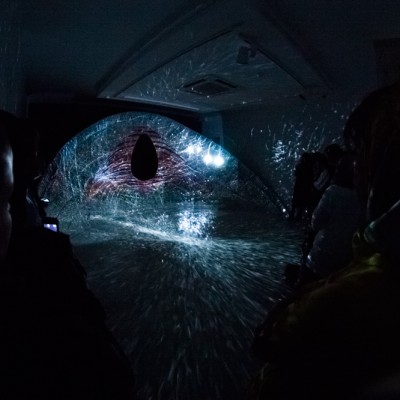 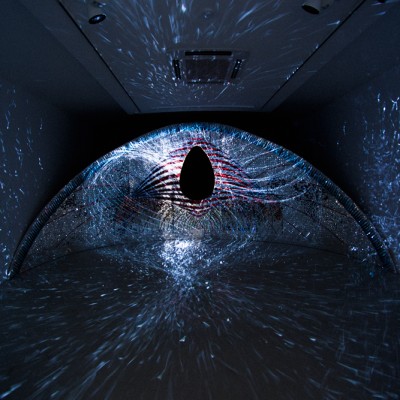 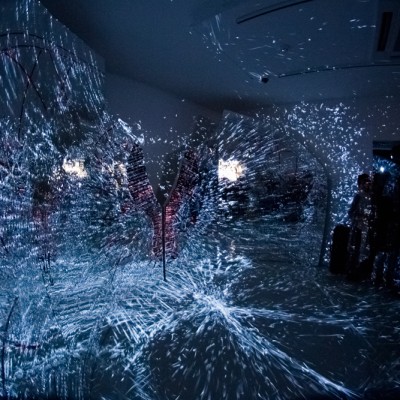 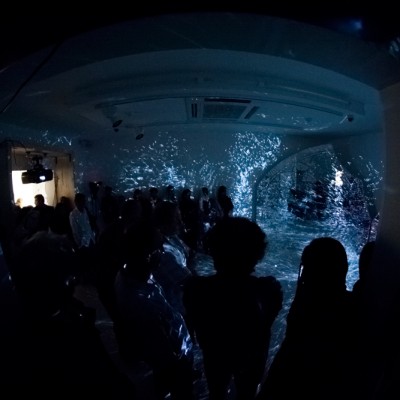 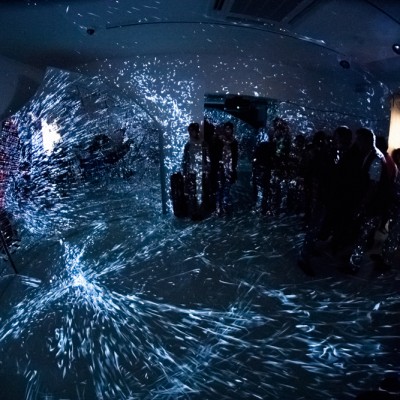 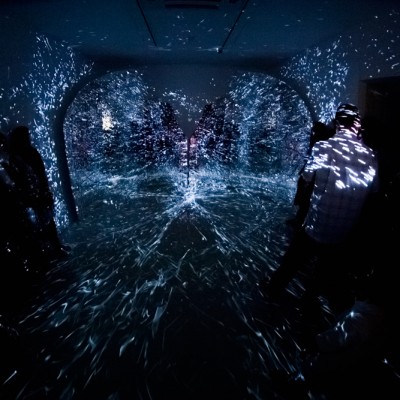 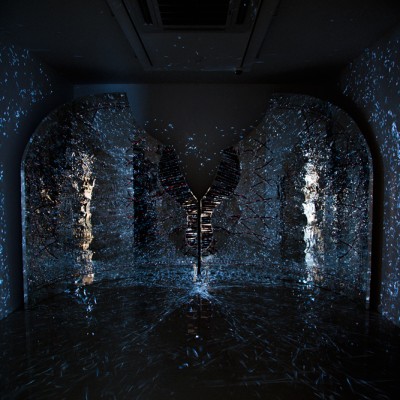 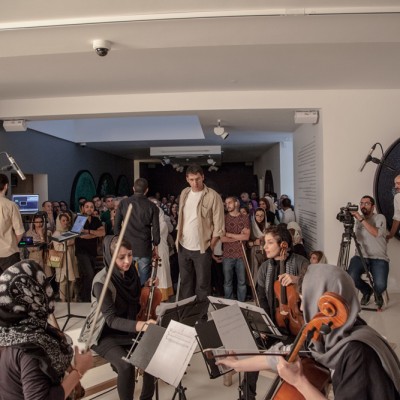 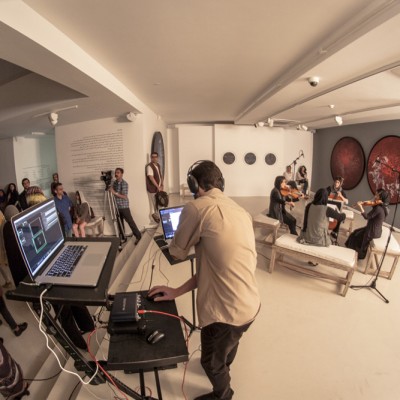 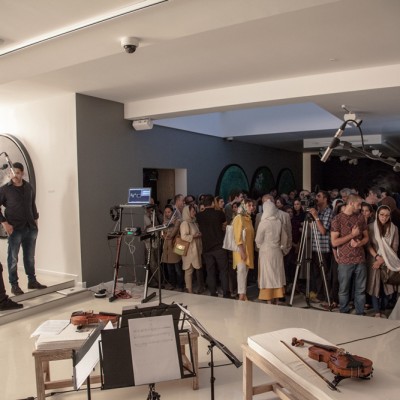 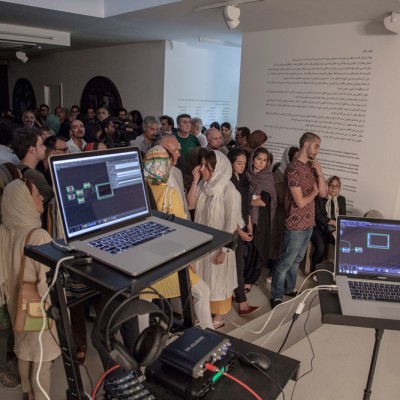 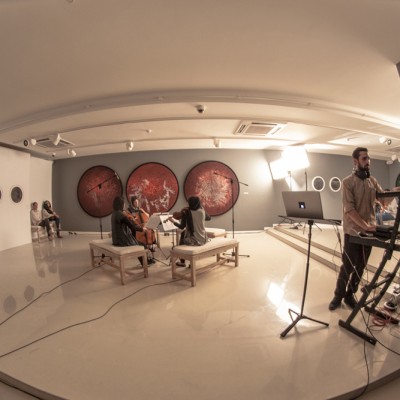 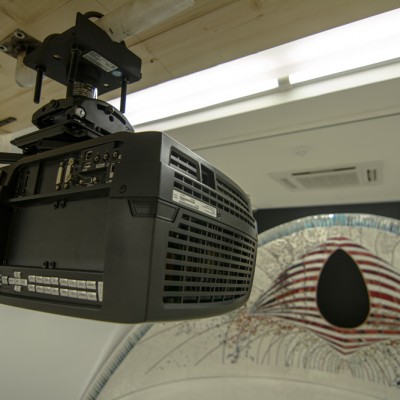 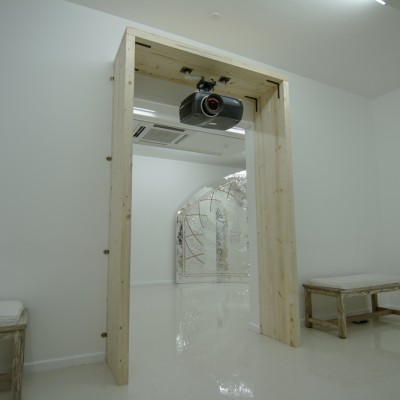